This is the Secret to Change Management - M2M Business Solutions 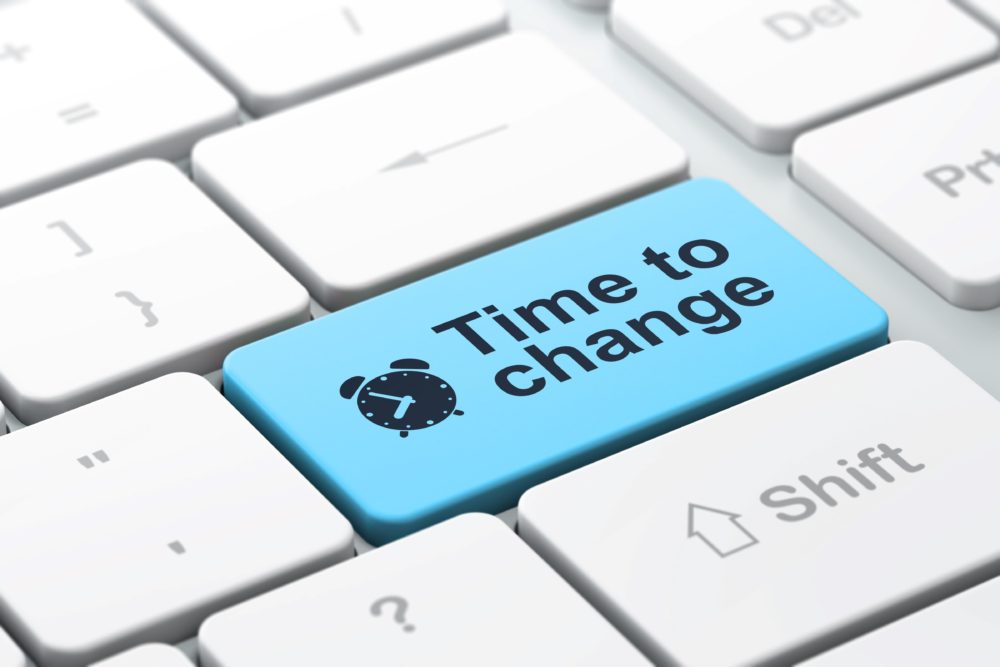 What do 3M and Apple have in common?

They were both on the brink of closure. Both adopted a culture of innovation – it became a job requirement for every employee. And both have become giants in their verticals.

If you want to remain in business … if you want your company to keep ahead of the competition, you need to innovate faster than your competitors. But in order to do so, you must manage that change effectively. Change for the sake of change can doom your company to failure just as surely as remaining stagnant can.

Take one company for example. It began in the 1890’s as a playing card manufacturer. By the 1940’s the card industry was saturated. So this company innovated, contracting with Disney to produce themed playing and including instructions on card games for children.

During the 60’s they tried branching out, but most of these ventures failed. In the 70’s they went back to games, but this time they ventured into video games. Between the 70’s and 80’s they produced the highest grossing and most popular arcade games.

In order to stay ahead of your competition, you need to constantly innovate, while maintaining control through an effective change management strategy.

Perhaps you’ve suffered through change before. Your employees were frustrated … conflict was everywhere … and everyone was filled with uncertainty and fear.

Add to that all the countless setbacks and delays. It seemed like you would never survive the process.

If you were lucky, you made it through, achieved your goals, and moved forward. But chances are good that the process didn’t go smoothly, that stress ruled the day, and things didn’t turn out the way that you wanted.

No one really likes change.

Why is your company changing?

Is it due to some crisis … like a shortfall in profits, performance, or a change in some regulation? Maybe a threat … like new technology, a merger – either pending or recent, or maybe an acquisition?

Could it be that you have a new management that is introducing change?

Or did someone decide to jump onboard with the latest trends?

Are you ready to master the secrets of change management?

Maybe you’ll be like Lloyd’s Electric Service in Knoxville, Tennessee.

“It gave us the tools to deal with issues that we had and it got the creative juices flowing. Right now my bottom line is up 180% over this time last year.” – Doug Lloyd, President Lloyd’s Electric Service, Knoxville, Tennessee.

You see, the driving force behind successful changes is exceptional leadership from all levels of management.

The difference between leadership and management.

Stefan Keil, CFO of LINDIG Főrdertechnik GmbH, Germany said, “It was exactly what we were looking for to empower our managers and make change happen in our company.”

Looking to create a winning change management strategy? You owe it to yourself to find out how we can help.

“In reviewing the results of the implementation of the action plans of our Managers, we have seen them now making better decisions, settling SMART goals, tapping into the creativity of their teams, better managing their time, running more effective meetings and now focusing on achieving Gold Standard Customer Service.”

“The monthly follow up visits that you (Crestcom) hold are a tremendous benefit, not only as a reminder to the group, but for us first hand how our key management are utilizing the lessons with their people. We can see the message getting through the layers of management and people throughout the organization.”

“Aside from the economic returns, benefits include development of team work and use of common language. The experience enhanced trust and fostered openness. But the biggest return on our investment in Crestcom lies in the future as we cascade the training throughout our company and integrate it into our orientation and recruitment programs.”

“We have had the benefit of using our new training every single month, and some of it every single day. We have added terms like “culture” and “values” to our daily vocabulary. We put that training to work by improving efficiencies, by better motivating our valued staff, by taking our customer satisfaction to a whole new level and by holding our staff accountable for their individual tasks.”

“The strategy leveraged in class by Crestcom has positively influenced our junior managers as well as our senior leaders. Our team definitely values your monthly facilitation and I appreciate your support of our quarterly follow-up reviews to create a higher level of accountability with each of the personal action plans. The course is increasing both personal and professional awareness and accountability, which I feel is foundational to our future growth expectation from the Executive Board in Germany.”

You have Successfully Subscribed!